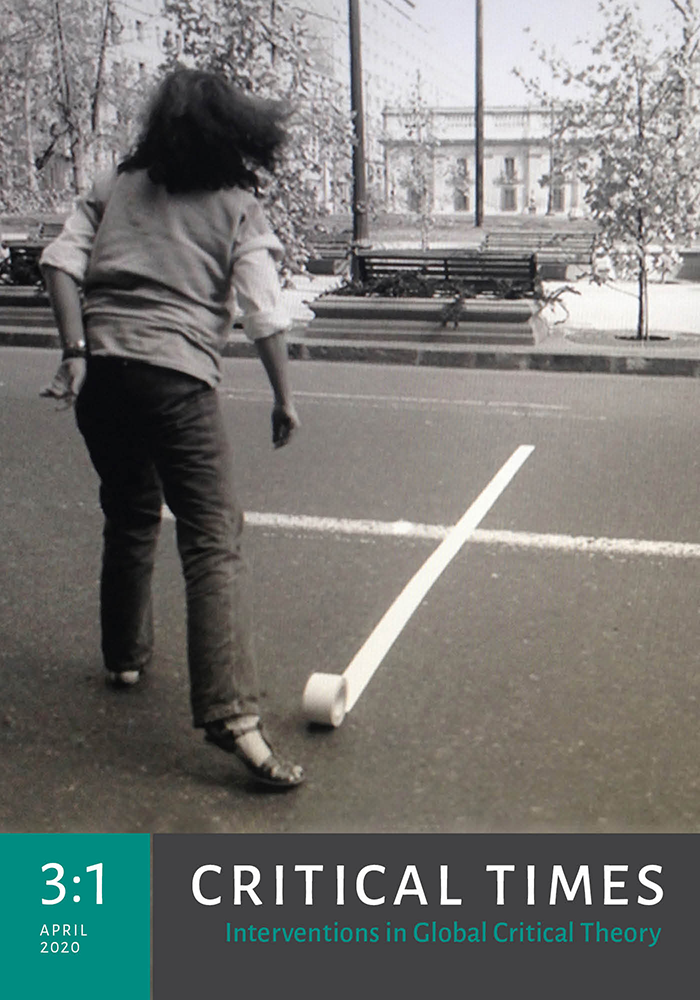 Contributors to this issue address problems ranging from the emergence of new fascisms to the liberal and authoritarian logics of self-ownership, and from the movement for Boycott, Divestment, and Sanctions to the powers of literary fiction. The issue also features a set of critical encounters and artistic interventions that complement and formally complicate these scholarly contributions.

Modern labor strikes became a strategy of the working class with the onset of the industrial revolution, and they have been deployed since to both revolutionary and reformist ends. But much has changed in the practice of strikes since the period of their modern intertwinement with wage labor. Worldwide, there are many strikes today that betray novel logics and stage new political practices: feminist strikes in Latin America focusing on questions of social reproduction, debt, unwaged labor, and gender violence; immigrant strikes in the U.S. and France that demonstrate what “A Day Without Us” would look like; revolutionary strikes, prison strikes, and strikes for bread in the Middle East and South Asia; and a global climate strike led by youth and indigenous communities. These new strikes draw on and depart from the more traditional senses of the word that linked it to wage labor, pointing to a transformation of the political and conceptual landscape of the word "strike." Critical Times is exploring this phenomenon through a special issue, “On Strikes and Critical Theory,” which asks: in what ways, and to what effect, has "strike" become an organizing concept for a range of distinct political actions in a changed world? For information on where to submit an abstract (due October 15, 2020), see the call for papers here.

In the Midst | Blog

"In the Midst" conveys the difficulties of writing during critical times, and registers the importance of writing from within concrete, unfolding situations, of staying with the troubles of the moment, of thinking from particular grounds, and of allowing for responsive, experimental, and tentative interventions.

Critical Times, a project of the International Consortium of Critical Theory Programs, is a peer reviewed open access journal published by Duke University Press with the aim of foregrounding encounters between canonical critical theory and various traditions of critique emerging from other historical legacies, seeking to highlight the multiple forms that critical thought takes today.

Critical Times seeks to reflect on and facilitate the work of transnational intellectual networks that draw upon critical theory and political practice across various world regions. Calling into question hemispheric epistemologies in order to revitalize left critical thought for these times, the journal publishes essays, interviews, dialogues, dispatches, visual art, and various platforms for critical reflection, engaging with social and political theory, literature, philosophy, art criticism, and other fields within the humanities and social sciences.