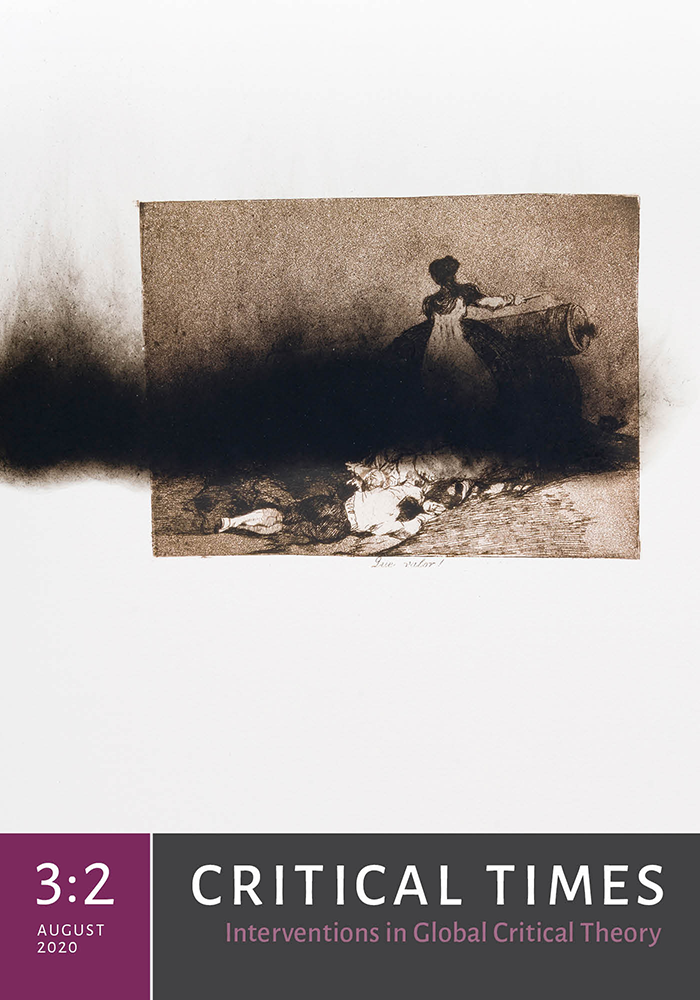 Essays in this issue explore the violence behind contemporary spectacle and the possibilities of radical aesthetics, unsettling our understanding of regimes of the sensible in the process. Subjects range from feminist protests to the films of Felipe Cazals, from the art of Maria Eichhorn to Beckett’s Endgame. Critical encounters and aesthetic contributions provide new angles on Puerto Rico's people's assemblies, survivors of the Armenian genocide, and Goya's relevance to Brazil's political realities.

The Political Aesthetics of Vulnerability
and the Feminist Revolt

An Archive of Violence: The Obscene Visuality of Sensationalism

Art, Dispossession, and Imaginations of Historical Justice: Thinking with the Works of Maria Eichhorn and Dilek Winchester

At Odds with the Temporalities of the Im-possible; or, What Critical Theory Can (Still) Do

From the Ottoman Empire to Post-1923:
The Catastrophe as Seen by the Angel of History 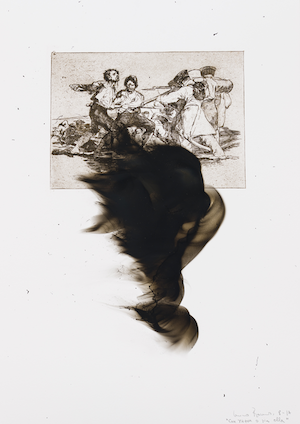