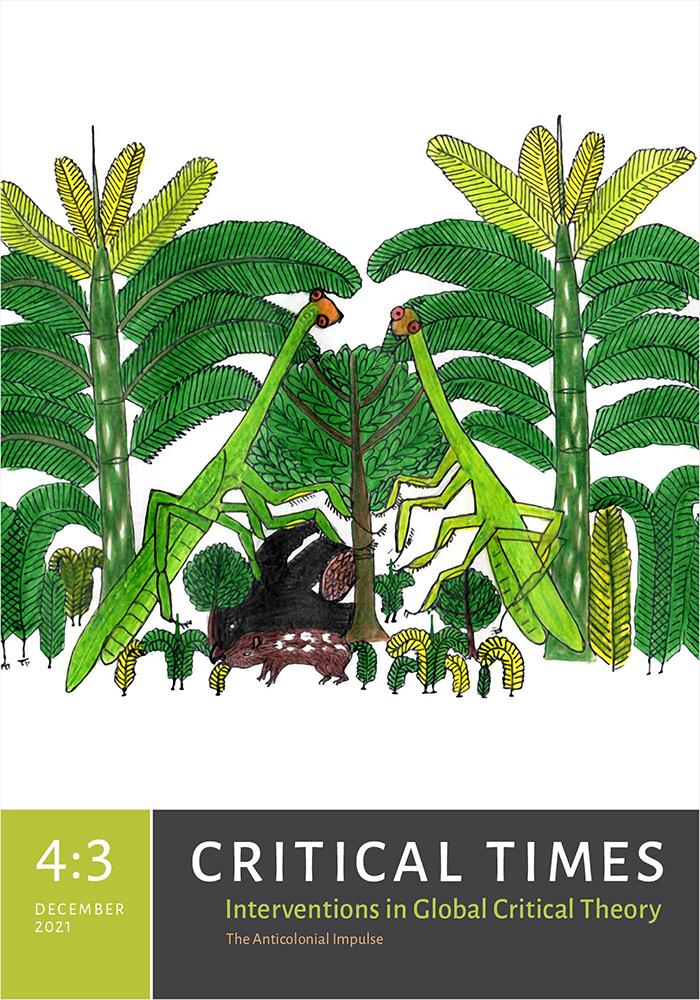 ​​How does anticolonial thought constitute a resource for critique today? The articles in this special issue uncover not only the possibilities latent in anticolonialism but also its relevance to contemporary political struggle. The issue sets canonical figures such as Gandhi and Fanon alongside the theoretical insights of a range of less well-known thinkers including Palestinian and Lebanese revolutionaries, South African critics of ongoing decolonization, and Sufi anti-imperialists from the Indian Ocean. Through this confrontation, attentive to the diversity of concrete historical-political contexts that have animated anticolonial arguments and practices, the issue explores the limits and the potential trajectories of an anticolonial impulse for a postcolonial world.

Anticolonialism and the Decolonization of Political Theory

The Problem of Colonialism: Assimilation, Difference, and Decolonial Theory in Africa

Being and Becoming Anticolonial: The Life of Sayyid Fadl and the State of History

Revolution after Revolution: The Commune as Line of Flight in Palestinian Anticolonialism

Tem canto, tem história
There Is Song, There Is History Is the Heart for the East and Reason for the West? On Marx in Edward Said’s Orientalism

Mahdi Amel on Edward Said: Mechanisms of Expansion in the Reproduction of Knowledge and Capital

Edward Said, Michel Foucault, and the Prison-House of Ideology

Is Marx for the West and Nativism for the Rest? Mahdi Amel, Orientalism, and the Pitfalls of National Culture

Mahdi Amel and the Nonidentical

Explicit Exclusions; or, The Ethnicization of Democracy